Chip Chrome and the Mono-Tones: The Neighborhood Falls Flat 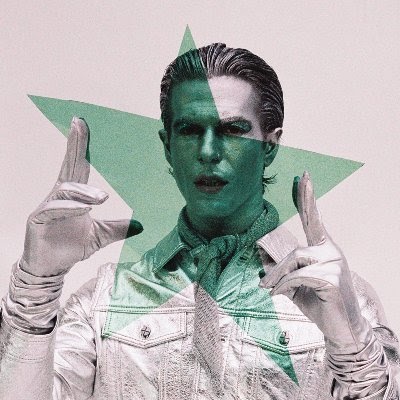 The Neighborhood have taken on the concept album as their final hurrah with Columbia Records. As the Los Angeles-based band finishes out their recording contract, they’re broaching a new electro-pop synth sound. In Chip Chrome and the Mono-Tones, frontman Jesse Rutherford assumes the role of Chip Chrome, a silver-skinned rockstar alien with Ziggy Stardust aspirations.

The album opens with “Chip Chrome,” a 31-second instrumental prelude of twinkling synths, reminiscent of a Hollywood spaceship landing. Following that are two back-to-back tracks that begin alerting listeners that this concept album might not go deeper than the title and art. “Pretty Boy” and “Lost in Translation” don’t fit the space-rocker theme that The Neighborhood has pushed with Chip Chrome. “Pretty Boy” has repetitive, soft, folky vocals and a consistently low tempo drum beat; it sounds far more like a reject from Jesse Rutherford’s album GARAGEB& than a track written with the intergalactic fantasy in mind. Though “Lost in Translation” continues to stray from the theme, it is very clearly the strongest track. The highest rated song of the album, it begins by sampling “Wish That You Were Mine” by The Manhattans and quickly speeds up to the upbeat pace that makes it stick out from the rest of the album. “Devil’s Advocate” brings in some synth, but the closest it gets to meeting the high expectations set by Chip Chrome is the word “lightspeed” buried in the lyrics. “Hell or High Water” comes next, with a twangy, folk rhythm that makes one wonder if the concept album would have been better suited as a memoir of a Southern farmer. “Cherry Flavoured” regresses to the recesses of the mind, sounding like it might have fit better on I Love You., the debut album that brought us “Sweater Weather.” The refrain, “I’ve been getting high/ It’s keeping me low,” feels immature in comparison to The Neighborhood’s repertoire, especially as Rutherford is open about his sobriety. The next track, “The Mono-Tones,” is devastatingly short, but is a brief and welcome reprieve from the repetitions of the other tracks. The ending quartet of songs fail to bring any diversity to the album’s sound, and seem to serve as a reminder that Chip Chrome and the Mono-Tones were never considered in the actual writing of the album.

Though Chip Chrome and the Mono-Tones had extra-terrestrial aspirations, as a whole the album fell flat. Each song would have fit just as well as a single for Jesse as a solo artist, and lacked the achy angst that fans of The Neighborhood crave. There was no interconnecting string through the story, and listeners know no more about Chip Chrome when the album ends than they did when it began. The album gives the impression that The Neighborhood wasn’t quite sure what a concept album was. Chip Chrome is nothing more than a prop for the cover art.

Though every track individually is strong, they’re sonically too similar to have any real standouts beyond “Lost in Translation” and “The Mono-Tones.” The rest fade into a homogenous back track. Considering the album was a somewhat disappointing finish to The Neighborhood’s career with Columbia Records, one can only hope for a stronger rebirth with their future endeavors.