Once Upon a Time in Hollywood – Movie Review 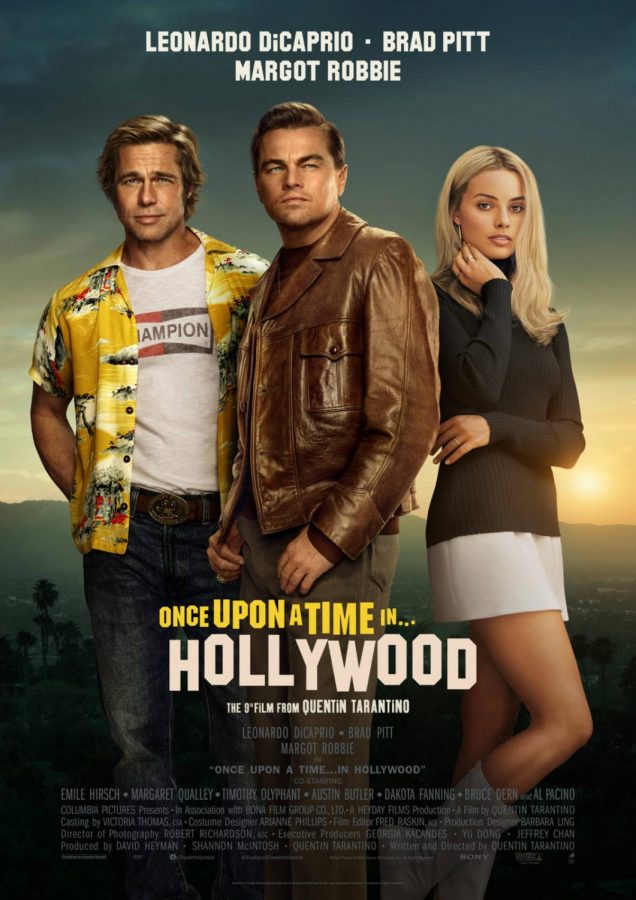 A film with an all-star cast comprising of Leonardo DiCaprio, Brad Pitt, and Margot Robbie, “Once Upon A Time In Hollywood” is one of the most anticipated movies of the decade. Along with that ensemble was Quentin Tarantino, who wrote and directed the film. As one of the biggest names in the film industry, the American director is famous for his intricate, nonlinear story arcs and affinity for violence. Having already confirmed his work as masterpieces of modern pop culture, his ninth film marks a fresh return for the director. Regardless of the reputation that precedes it, “Once Upon A Time In Hollywood” earned $344 million globally after its release on July 26, and The Hollywood Reporter calls the movie “Tarantino’s love letter to ‘60s L.A.”

Set in the 1960s, the film is based on real events and gives us Hollywood actor Rick Dalton, who fears that he is approaching the end of his career as his success begins to fade in the industry. To cope with the wave of a new generation, Dalton spends his days drinking and spending time with his long time best friend and stunt double Cliff Booth. Soon, their paths cross with filmmaker Roman Palonski and actress Sharon Tate after they move in next to Dalton. Following the ups and downs of Dalton’s career, the movie synthesizes their storylines with the introduction of the Mansom family, whose legacy ushered in a new era of pop culture in Hollywood. This takes place just before the Manson family shredded the veil over Hollywood’s image and inflicted fear into the culture’s most influential voices in film and music till today.

Though the film had a good reputation and positive critical acclaims, “Once Upon A Time In Hollywood” was not free from criticism. Tarantino’s style of graphic violence and bold portrayals coupled with the film’s adaptation of historical individuals almost inevitably amounted to some controversy, the biggest of which was his of Bruce Lee, a peacock of the industry. Shannon Lee, his daughter, denounced that Lee “was continuously marginalized and treated like kind of a nuisance of a human being by white Hollywood, which is how he’s treated in the film by Quentin Tarantino,” pointing at the continuity of discrimination by a notoriously white-dominated industry. Tarantino endorses and defends his representation of a non-white character as a greedy, attention-craving movie star claiming that Lee was, “kind of an arrogant guy.” Whether Tarantino was accurate in his film or not, “Once Upon A Time In Hollywood” still adds to the collection of Tarantino’s legacy and thus leaving, whether it be positive or negative, a footprint on cinema.