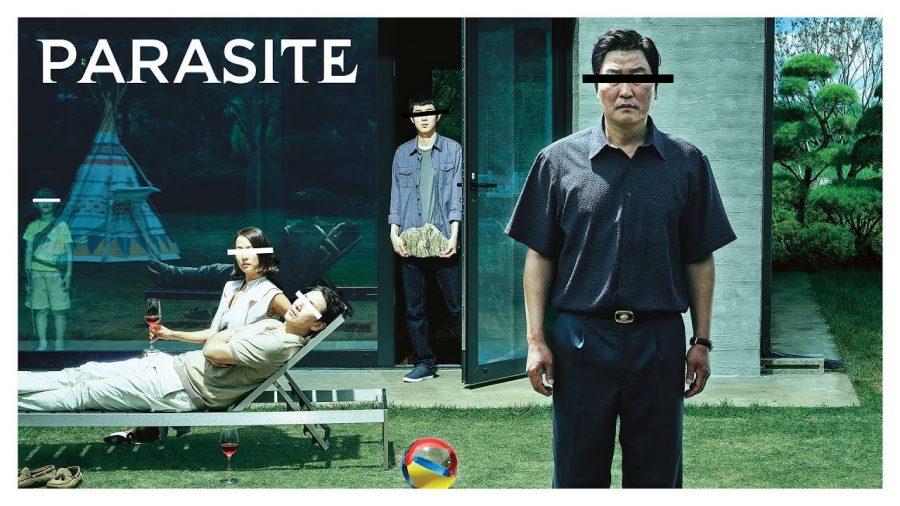 Contrary to the wide variety of movies that made it to the big screens, Parasite is an extremely simple yet nuanced movie that continues to pester the minds of the audience long after they have watched it. Bong Joon Ho’s focus into symbolic moments and objects magnifies the intangible discrepancies that remain entrenched in all societies, regardless of their cultural differences. However, one of the most compelling reasons as to why I am infatuated by this movie and its concepts is because of its ability to tell a story of capitalism that is suspenseful yet simultaneously predictable.

Though I would recommend that this movie be watched without prior knowledge of the storyline, a quick synopsis is essential for the context of this article: a poor family begins to infiltrate into the lives of a rich family by conning them with lies about their identity. Though in-text this storyline seems reasonable enough, the movie manifests a growing suspense that reveals the poor family’s raw interpretations of being the victims of capitalism. There are elements and scenes to this movie that make it the thriller movie it is advertised as, but ultimately, the ending of the movie is predictable once a viewer recognizes the story’s faithfulness to the well-known phrase: the rich get richer, and the poor get poorer. Regardless of what the poor family does to reach the level of economic flexibility and prestige of the rich family, their entire existence seems to highlight that no sum or title will ever be able to assimilate them into the upper-class. Every economic and social opportunity will stem from those who reside at the top of the financial hierarchy. In order to translate this message, Bong uses a plethora of symbols to represent various aspects of the poor family’s anger and frustration. A pungent scent seems to follow the characters of low socio-economic background to represent the intangible distinction between the rich and the poor while a gifted clean rock (a surprisingly common past-time for kooky old men in Korea) is the tangible manifestation of the poor family’s hopes, dreams, and desires for economic stability and societal respect. Every detail in this movie has been so meticulously laid out that it is easy to comprehend, but complex enough for long periods of reflection.

Despite the overwhelming positives to the film, one of the few disappointments would be the occasional symbols that make the director’s message too blatantly obvious. Although the geographical placement of the rich family’s home at the top of the hill and the poor family’s home in a semi-basement is an obvious distinction that nods to their financial differences, the symbolic use of downpour rain to represent economic suppression seemed too forced in the viewer’s eyes. However, even obvious symbolisms create settings for iconic moments of reflection: the change in the quality of water as it reaches the semi-basement exacerbates the secured knowledge that society was structurally founded to oppress the poor.

With a cast of phenomenal actors and actresses – nearly all of whom are widely acclaimed in Korea – and a purpose driving the storyline along, the film, Parasite, was a cinematic experience that challenged and shocked its audience with its witty comedic relief and gut-wrenching suspense. In a world that finds itself entangled in various understandings of privilege and economic mobility, Parasite provides clarity with its emphasis on the infallible capitalist system that exists in nearly every aspect of our lives in an era of globalization.