The Supreme Court and the First Amendment

Can school boards censure members for their speech? 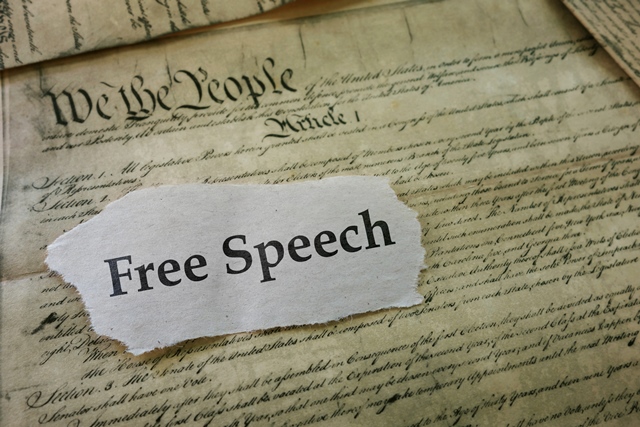 First Amendment of the Constitution

The 1st Amendment reached the Supreme Court this month in a dispute involving a controversial member of the Houston Community College Board. The issue? Whether the school board could censure board member David Wilson for his speech.

David Wilson was elected to the Houston Community College Board in 2013, marking the beginning of a tumultuous term. Over the years, Wilson complained about the Board through robocalls, a website, and the local radio; was accused of leaking confidential information; and filed lawsuits costing the school $300,000 in legal fees. In 2017, when the board decided to fund an expensive overseas campus, Wilson criticized the decision and launched private investigations against the college and another board member. In response, the board issued a censure, or public reprimand, of Wilson for his criticism and alleged unethical conduct towards the school. The censure, issued in January of 2018, prohibited Wilson from running for reelection that year, accessing a board bank account, and being reimbursed for school-related travel fees.

Wilson challenged the censure, arguing it violated his right to free speech. However, the Southern District of Texas dismissed the suit, citing a similar case which held that censure by a community college board did not violate an individual’s First Amendment rights (Phelan v. Laramie Community College Board of Trustees, 2000). The district court also noted that Wilson could attend board meetings and voice his opinions even after his censure. As Wilson could continue to express his beliefs, the court concluded that his speech rights weren’t violated.

The Fifth Circuit disagreed. It upheld Wilson’s claim that he suffered mental anguish from the censure and the public humiliation that ensued, giving him standing to make a First Amendment retaliation claim. Houston Community College appealed, and the Supreme Court agreed to hear the case earlier this year.

The case could limit the government speech doctrine, which allows the government to promote certain viewpoints without facing free speech challenges. For instance, the doctrine required meat companies to fund a government program on meat advertisements (Johanns v. Livestock Marketing Association, 2005). In another case, the doctrine allowed the government to prohibit doctors who received federal funding from discussing abortion with their patients (Rust v. Sullivan, 1991). In Wilson, the Court must consider whether the school board’s censure encroached upon Wilson’s 1st Amendment rights, then decide whether the censure, a well-established practice in American government, qualifies as protected government speech.

The Supreme Court’s ruling in Wilson could extend beyond school boards into legislatures, from city councils to state senates. Though the Court seemed to lean towards the school board during oral argument, Wilson’s influence and the censure’s reach will be unclear until a decision is released, sometime before July of next year.