Facial Recognition Technology: Is it Worth It? 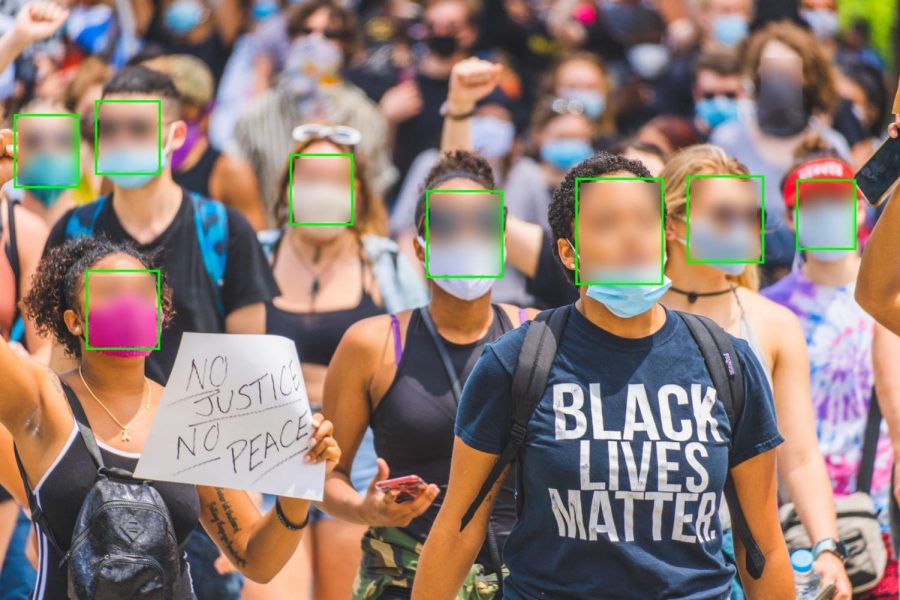 With the expansion of facial recognition, what was once science fiction is becoming reality. While biometric software is becoming more applicable, however, controversy accompanies its development.

What is Facial Recognition Technology?

The software identifies features like the distance between the eyes, the width of the nose, or the length of the jawline to create a template of the face. It then compares the template with images in a database gathered from government records, license databases, and social media accounts to find a match. A report conducted by the Georgetown Law Center on Privacy and Technology indicates over 117 million American adults have photos in the database. According to the report, that’s half the adult population.

Facial recognition may soon eclipse fingerprint and voice recognition as a faster and more accurate mode of identification. However, before embracing any innovation, we must first consider and weigh the benefits to the costs.

First, facial recognition can aid law enforcement. It has helped locate missing elderly and children. It has also successfully identified criminals and located victims, accelerating criminal investigations. Second, facial recognition can strengthen security checkpoints, identifying criminals in densely crowded areas like airports, schools, and churches. Third, the technology is convenient. In medicine, biometrics can identify genetic disorders without time-consuming testing. In banking, people could complete transactions without entering PINs or passwords, with facial recognition replacing credit cards. Just like facial recognition can strengthen security at airports, it can reduce travel time, with facial scanning replacing passport verification. Last, the system is touchless. With fewer contact points, it would be harder for COVID-19, or other viruses, to spread.

A key concern is the invasion of privacy. Many Americans aren’t aware that government and tech companies store their photos in a biometric database. Likely, many would also feel uncomfortable knowing they were under surveillance. Second, misidentification can be discriminatory and lead to wrongful convictions. For instance, databases contain more data on people with lighter skin. As a result, biometric data could be more inaccurate when identifying people of color, though different studies produced conflicting claims. A notable example would be the misidentification of a felon as Michael Oliver, an African American man. Though Oliver was able to prove his innocence, his misidentification is concerning. Accuracy also decreases as a person ages, and the software has particular difficulty correctly identifying an identical twin.

Third, people fear hackers or foreign governments could steal information from databases. This fear isn’t unfounded. In 2015, China hacked into the U.S. Office of Personnel Management, stealing over 5 million biometric fingerprints records. Last year, the Office of Homeland Security revealed that 184,000 images were stolen and released on the dark web.

Foreign Use of Facial Recognition Technology

There are mixed reactions to facial recognition technology in the United States. 4 states –– Illinois, Texas, Washington, and California ––– have laws to protect consumer privacy from biometric data. Several cities, including San Francisco, Portland, and Boston, have gone further and banned the technology altogether. Following the death of George Floyd in May 2020, which raised concerns about racial bias in facial recognition technology, companies including Amazon, Microsoft, and IBM suspended sales to police.

As tacitly acknowledged by many, facial recognition technology is here to stay, if not in the United States, then in many other countries. Our task, then, is not to terminate but to limit its use.

Legislators should enact policies that regulate use. Potential policies include enacting standards that require the software to pass accuracy thresholds and undergo frequent testing. It’s also crucial to limit the situations in which the software can be used. Third, it’s necessary to safeguard databases to prevent hackers and foreign governments from retrieving information.

Technology isn’t inherently evil, but instead can be used for good or bad purposes. As stated by Carrie Goldberg, an advocate of victim’s rights, “Facial recognition can and should be harnessed to make the world a safer place.”