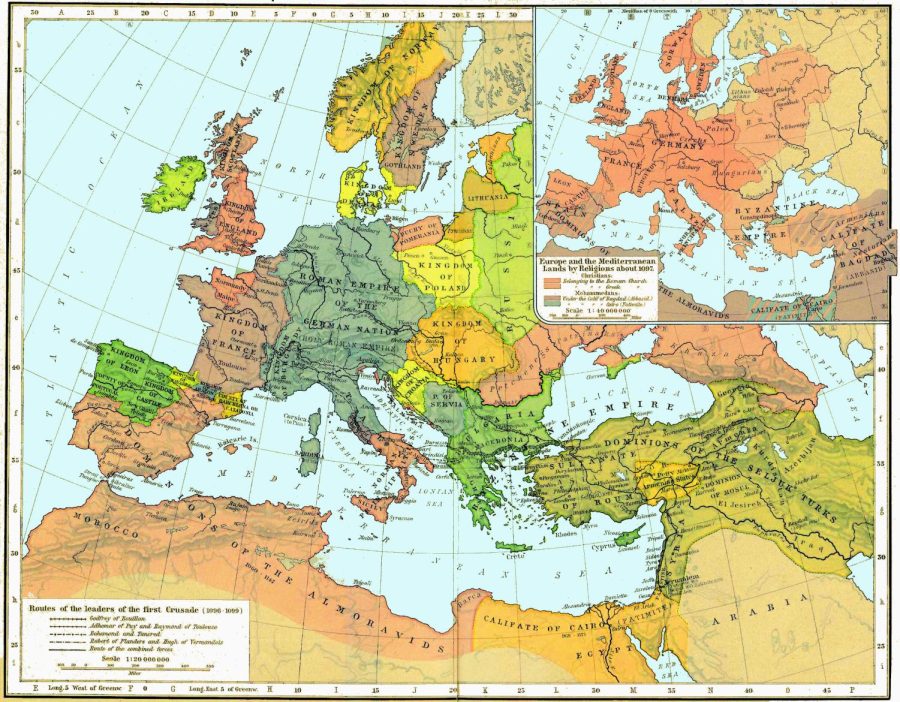 As a Prep sophomore in AP European History, I was slammed with complex material, new testing styles, and the chaos of my first Advanced Placement class. The AP exam loomed in the distance as I explored Prussia, Russia, France, and other European countries’ complex histories. It’s widely agreed that this adjustment is often clunky: as Sarah Cooper, Associate Head of School and eighth grade American History teacher, puts it “You are always moving.” One student, who wishes to be kept anonymous, said that “many people just took it for the AP credit.” Now, this opportunity is gone: AP European History has been replaced by “Advanced Topics in World History,” an honors class that aims to “hone in on controversial issues in modern world history from 1450 to the present,” according to the syllabus.

This switch is a multifaceted one, encompassing the school and the student body’s goals. Thus, we will examine it through an educational, institutional, and social justice lense, aiming to answer one question: is this change a positive one?

To begin with, the Advanced Topics class satisfies some of Prep’s newer education goals, like the development of thorough analytical and critical thinking skills. The teacher of AP Art History and Prep’s brand new headmaster, Vanessa Walker-Oakes, shared her thoughts on the change. In her pristinely color coordinated office, I sat on a plush denim-colored couch and asked her about some educational goals she hoped would be reached. “I have strong feelings about the skills we’re teaching and the themes we’re teaching, but I don’t feel strongly about teaching AP Euro versus Advanced Topics. I think there are a lot of ways to get students to think about the world and the past and its impact on the present.”

The present is full of a stress that writhes through any college prep school – grade point averages. While many feel concerned about the lost AP boost by the removal of AP Euro, it seems Prep is moving away from the test-score, result-based education that Advanced Placement classes encourage. In addition, the “Advanced Topics” class still is an Honors, thus worth more than a regular class. As Mr. Perlman, prior teacher of AP Euro and current teacher of Advanced Topics in World, puts it, “I like now that we can really go into depth on fewer topics. Hence the “Topics” in the title of the course – we aren’t trying to cover everything, but rather go deeply into topics we pick for their relevance.” The freedom of selecting topics allows the administration further control over what their students are learning and how. For example, Mr. Perlman noted that “We are spending three weeks on the French Revolution, for example – more time, in fact, than we spent on it in AP Euro.”

Like many other independent learning institutions, Flintridge Prep’s goals are subject to change and action. The most recent goals of the Diversity, Equity, and Inclusion Initiative and the Global Studies Initiative align directly with the AP Euro removal. Ms. Cooper noted that “it was strange to have the non-honors version be World History, and the honors be European History, because why not have a class that incorporates the world?” Both Ms. Walker-Oakes and Ms. Cooper mentioned ideas of the “global citizen” during their interviews: a buzzword that is tied to Prep’s goal of making worldly students. The ideal modern Prep graduate is educated in a breadth of subjects, equipped with diverse perspectives, and has had opportunities to travel to Cuba, France, or China, all goals that are supported by the removal of AP Euro in the administration’s eyes. The idea of relevance also came up in Mr. Perlman’s comments, saying that the first semester of Euro “…focused on dynastic rivalries, reigns of famous kings, and now-obscure religious controversies that just don’t have as much relevance to the present day as the content we’re focusing on now.” He continued that the class is “…now more representative of the world’s diversity as well as our own community’s diversity. [and] that we are more aligned now with the missions of our Global and Leadership Initiatives to help Prep graduates become global leaders.” Mr. Perlman nods to an adjacent question: what history is important? Whose story should we tell?

The shifty elephant in the room is an extension of the DEI conversation. Most students I talked to were quick to assume that the change was solely because the class is “white.” And just as the name suggests, AP European History is Eurocentric. It focuses only on the history of Western Civilization. Although the effects of colonization are touched upon, the developments of subjugated populations following are not explored, characterizing Europeans as the oppressors and their colonies as the oppressed. Unique pre-Colonial histories and post-colonial recoveries are left out, staying true to the focus of the course: European actions, not reactions. This is not to say that the course should cease to exist, but when put in the context of a “global” education, it is simply not a fit. I asked Mr. Perlman if there was a place for AP Euro in the modern educational world. “It’s probably a good fit for schools that have an emphasis on traditional curricula,” he said.

The abandonment of AP European History from Prep’s curricula offerings is a calculated decision that incorporates socio-cultural developments and philosophical discussions as much as it does one school’s learning goals. In a hyper political world, educational institutions must be quick to adapt – to their students, to their faculty, and to the world their graduates will encounter. The administration put their ear to the door of the world this time, making a change that satisfies the entire Prep community and the school’s goals. The ambivalence behind this decision is ultimately a representation of one of humanity’s fundamental questions: knowing whose history will prevent us from repeating it?