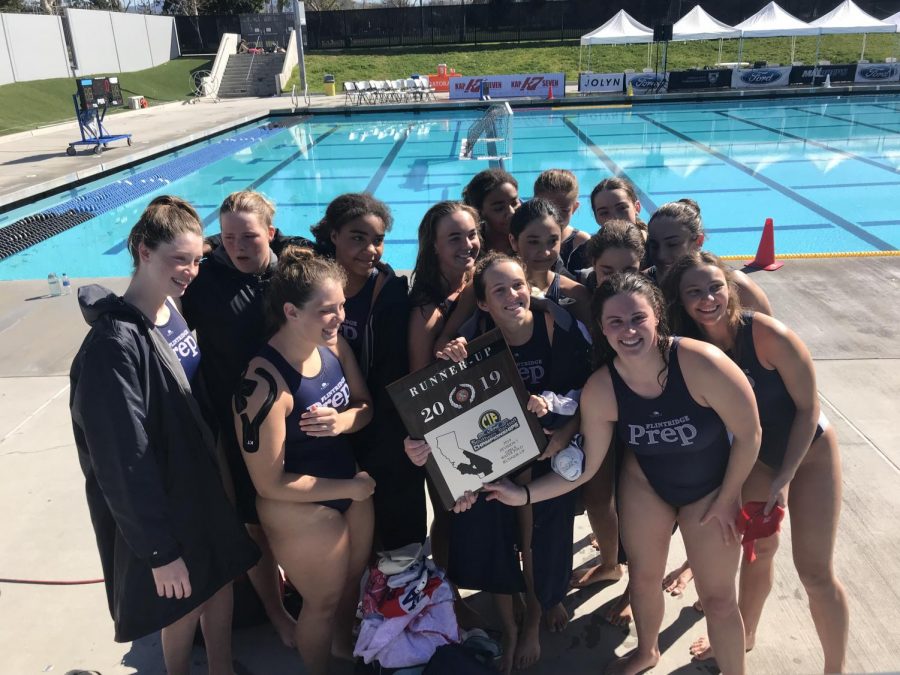 Our varsity girls’ water polo team has really been historic this year. After ending a 15-year playoff drought last year, the team pushed even further this time. Led by seniors Lara Friedman ‘19 and Danielle Maxwell, the team made it to CIF Finals in Anaheim where they played a close 5-4 match against Katella. During their key semifinal win, Natalie Kaplanyan ‘21 scored six goals, proving to be one of the strongest utility players on the team. The defense held strong, forcing most of the opponent’s shots to be perimeter shots, and they helped pull of the stunning 9-6 win.

As for the two seniors graduating this year, it also became a bittersweet moment for their last season. Lauren Ginn ‘21 described them being “the heart of the team – they’re kind of the team ‘moms’ in that they’re always looking after the other team members and are always pushing us to do our best”.  She also said that Friedman and Maxwell are the heart of the team, not only because they make some great players in the water, but also have golden hearts and make great people. According to Paige Nixon ‘20, she’ll “miss their knowledge of the game, constant encouragement, and how much [she] is able to confide in them.” The immense camaraderie, friendship, and teamwork this talented group has is really the driving force behind all of their amazing achievements.

Regarding their favorite moment in the season, it’s pretty clear most of them share the same one: when they won their semifinal match against Carpinteria at Poly. Ginn says, “we were all yelling and it was all very surreal. It was amazing because we finally realized what we were capable of when we pushed ourselves and worked really hard. We were all really proud of our team.” Nixon says, “It was such a surreal moment; the whole experience was so amazing and I’m so glad I got to experience it.” We wish the greatest for this superb group of athletes in the seasons beyond and congratulations for being a CIF finalist!